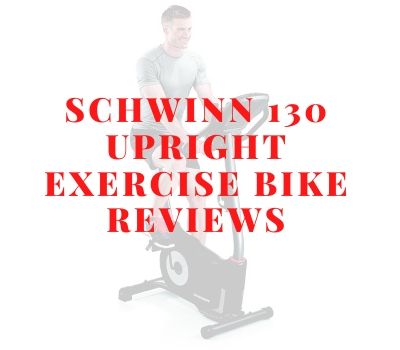 Most of the upright exercise bikes are designed like the bicycles we see on the street. Some of them, however, have a bit different design. They have a wider seat and small backrest. They are called semi upright bikes or semi recumbent bikes.

Here is a good article on the semi recumbent bike reviews. You will easily understand these types of exercise bikes from here. 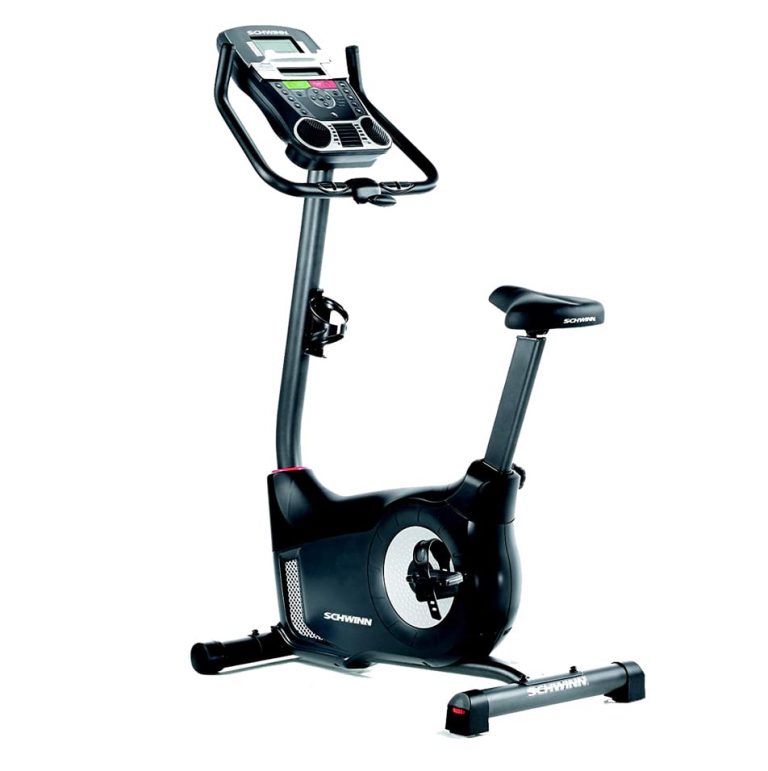 In the magnetic resistance system, a magnet is used to apply or remove resistance by increasing or decreasing its force of attraction against the flywheel.

The two major advantage of having the eddy current brake is that they provide the quietest and smoothest cycling experience possible.

Our Schwinn 130 upright exercise bike has the seat like the regular cycles. Though it looks like them it has some extra features in it. The seat is contoured and padded to ensure a comfortable ride by its users.

Moreover, the seat is mounted on top of; well, for your convenience, you can simply call it like a pole. So removing the seat is very easy if you ever need to replace the seat.

Furthermore, the seat has a pin system. So that you can adjust the height of the seat whenever you want to without any extra trouble.

The handlebar of this exercise bike is specially angled to get the users to ride the bike in the most comfortable position. Moreover, the angle of the bike can also be adjusted by the user.

At the foremost side of the handlebar, there are two sets of ergonomically placed hand pulse grip sensors to monitor the heart pulse rate of the users.

There is nothing much to mention about the pedals of this bike. They are also not specially made. The pedals of the Schwinn 130 upright exercise bike are the standard pedals seen in the bikes.

The only special feature these pedals have is the straps over them. There are two straps over the two pedals to ensure the safe placement of your legs on the bike. And yeah, the straps are adjustable of fit in feet of any size.

First of all, in this machine, you have not one but two displays. And both of them are LCD monitors. Together these two monitors from the Schwinn Dual Track LCD monitor system can show you 13 different types of display feedbacks.

Well, now this is a feature which is not available in every stationary bike. This machine can connect with the Schwinn Connect for tracking the performance. You can export the data from all of your workouts there and keep your focus fixed on your workout goal.

There is also a cooling fan at the lower central region of the console. When you start sweating from workouts, you do not need to go for an extra cooling source as your exercising machine is already providing it. The fan has three speed settings for providing slow, medium, and fast cooling.

For those who want to do more than just exercising at a time or the people who do not like headphones, there are two acoustic chambered speakers in the console of the Schwinn 130 upright exercise bike. You can listen to music or any motivational speech or what the President is addressing in the news.

There is a media holder right at the lower edge of the upper LCD screen of the console. You can easily fit any phone or anything up to a tablet in the holder. Sometimes just riding the bike for hours could be boring. So you need recreation to cut off the boredom.

If you use any media device at the same time you are riding the bike, you can watch your favorite series or any movie or simply you can use the social media at that extra time without wasting your other important time is surfing the social media.

Suppose you want to watch a movie during the time of your exercise. And you also do not have adequate charge on the device you want to use for watching the movie. Or you just need to connect the device with the Schwinn 130 upright exercise bike to exchange data to the SchwinnConnect or myfitnesspal.com. How are you going to do that?

Well, there is a USB port in the console which you can use to connect any of your devices to the machine. You can charge it or exchange data with the help of the USB port.

The Schwinn 130 upright exercise bike weighs about 69 pounds. Although this machine is lighter than most of the other exercise bikes. But still, it is not possible to lift it every time you need to move it. This is why this bike has two small wheels with its front stabilizer.

The Schwinn 130 upright exercise bike has two integrated levelers at its bottom. These levelers keep the machine from any small movement produced during pedaling the machine.

There is an oversized water bottle holder with the front post of the Schwinn 130 upright exercise bike. This oversized bottle holder can fit in any bottle of any size to keep you hydrated during your intense workouts.

There is nothing more left for me to say on the Schwinn 130 upright exercise bike reviews. Above I have given you a short intro on the product. Then I gave you the description of every little part of this machine. In the end, I have stated all the good and the bad of this bike.

Thanks for reading the full article on the Schwinn 130 upright exercise bike reviews. I hope you liked my article. And if you want to read more of my articles on exercise bikes, please click the links below. ⇓⇓⇓

Exercise bike view is a participant in the Amazon Services LLC Associates Program which is an affiliate advertising program designed to provide a means for sites to earn advertising fees by advertising and linking to Amazon.com. Amazon, the Amazon logo, AmazonSupply, and the AmazonSupply logo are trademarks of Amazon.com, Inc. or its affiliates. As an Amazon Associate I earn from qualifying … END_OF_DOCUMENT_TOKEN_TO_BE_REPLACED 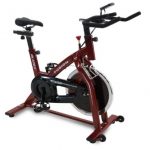 Looking for a spin quality exercise bike in an affordable price range? Then look no further than the Bladez Fusion GS II spin bike. Well, it is not the actual spin bike but it is no less than that. … END_OF_DOCUMENT_TOKEN_TO_BE_REPLACED 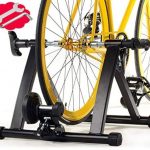 Cycling outdoor is great. But, now you can stay indoors and have the experience of an outdoor ride. Don’t worry! We’ll explain everything in this stationary bike trainer review. In this article, … END_OF_DOCUMENT_TOKEN_TO_BE_REPLACED 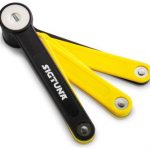 Having a bike is great. But, it is always a headache to leave your bike somewhere. You never know who could be around. That is why it is better to have some peace in mind and get a decent bike lock. … END_OF_DOCUMENT_TOKEN_TO_BE_REPLACED 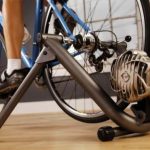 The fluid exercise bike trainers are making some noise in the market, aren’t they? The talk is about effective they are in providing a good working out opportunity. That is exactly why we wanted to … END_OF_DOCUMENT_TOKEN_TO_BE_REPLACED 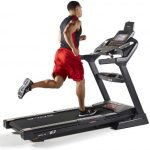 Okay, let me get it right… you don’t simply want any treadmill. You want the best treadmills out there, right? Well, congratulations are in order because you are reading the best treadmill … END_OF_DOCUMENT_TOKEN_TO_BE_REPLACED 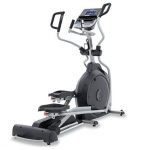 Welcome to the Spirit Fitness XE395 elliptical reviews. It seems to me that you are interested in the elliptical machines. An elliptical is one of the most well-liked cardio equipment at both fitness … END_OF_DOCUMENT_TOKEN_TO_BE_REPLACED 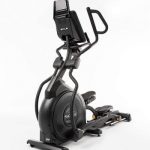 This time my topic is about the strikingly well-designed Sole Elliptical E35 review. Sole E35 is a mid-priced elliptical series from the Sole Fitness brand. It is built in a way to provide you a much … END_OF_DOCUMENT_TOKEN_TO_BE_REPLACED 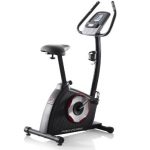 Introduction Do you want to lose some weight and stay fit and healthy? Are you looking for an affordable bike with professional workout programs and resistance controls? Then this article about the … END_OF_DOCUMENT_TOKEN_TO_BE_REPLACED 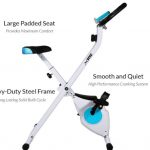 Introduction Life is getting busier and apartments are getting smaller day by day. This means people prefer portable, foldable and light weighted furniture and they do not have enough time for … END_OF_DOCUMENT_TOKEN_TO_BE_REPLACED 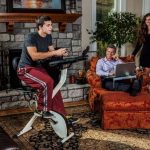 Introduction Are you looking for an exercise bike to lose some weight and stay fit and healthy? Then you must read this article about the exercise bike desk reviews. I hope you will find the right … END_OF_DOCUMENT_TOKEN_TO_BE_REPLACED